As a cyber security solutions provider in Chicago, our experts at AJ Technology Company created a chronological list of the biggest cyber attacks in history. You’ll notice the diverse range of targets and how each attack affected more than just the initial target. Each instance proves that anticipation and consistent data security provide the best prevention and protection for any digital establishment.

As technology evolves, so do cyber security threats. Cybercriminals stay on top of the most important digital developments used by governments, businesses, and organizations alike. You might think your Chicago business will never go through a cyber attack or data breach. But no business, big or small, has complete immunity from threats like phishing, malware, or viruses.

Why Is Cyber Security Awareness Important?

Cyber Security Hub reported that 22 billion private records surfaced publicly as a result of over 4,100 reported data breaches in 2022. These breaches occurred at giants like Twitter, e-commerce apps like Shein, and communication apps like WhatsApp. Each breach has far-reaching consequences for the people who use the services.

Cybercriminals target businesses and organizations for various reasons. Sometimes, they want to send a public message or uncover unethical practices. Other times, they just want to access and use financial information from individuals.

This year, a breach compromised information about thousands of Chicago students and staff in the Chicago Public School system. As a business owner in the Chicago area, this headline should hit close to home. Without cyber security awareness and data protection, your proprietary data and user information remains at risk.

By investing in IT management, cyber security, and antivirus solutions for your business, you protect business-critical data and users’ personal information.

What does a cyber attack look like? They take a variety of insidious forms, often cleverly designed to fool even the most discerning staff member. A data breach can produce catastrophic results that leave your business with a damaged reputation and your customers vulnerable to subsequent attacks.

Use our list of the biggest cyber attacks in history to learn more about why they happen and their fallout. You’ll discover why cyber security solutions in Chicago benefit your business now and in the future.

Like many historical influences, cyber security threats had humble beginnings. One of the first hacking incidents occurred when Kevin Poulsen desperately wanted to win a Porsche. A nearby radio show hosted a contest that encouraged listeners to call in and win a Porsche. The 102nd caller would ultimately win the prize.

Poulsen succeeded in hacking the show’s communication system. He prevented other contestants from calling in, which ensured an imminent victory. He would later serve five years in prison.

In 1999, a digital rendition of David and Goliath played out on a virtual stage. A 15-year-old boy named Jonathan James successfully hacked the US Department of Defense’s computer system. He created a secret passageway to continue accessing information.

James discovered passwords and usernames and eventually gained access to NASA’s software that supported the International Space Station. If you think your business has airtight protection, just remember that a teenager hacked the Defense Department and NASA.

Hackers targeted Heartland Payment Systems in 2008 with a phishing scam. Phishing occurs when cybercriminals present their communications as official material from a reputable organization. Victims who receive the communication assume it comes from the organization, responding accordingly. The response allows the hackers to access sensitive financial situations, compromising both the consumer and the company.

In 2009, Chinese humanitarian activists became the targets of a series of espionage hacker attacks. The hackers accessed their Google accounts and tracked their communications. A deeper investigation revealed that the hackers also tracked people in several countries.

The infiltration likely occurred due to a combination of phishing and malware. Account malfunctions alerted the targeted users to the growing problem. This event shows why it’s so important to recognize and report any suspicious occurrences with a digital service.

When hackers targeted 77 million accounts connected to Playstation and Sony Online Entertainment, they left card information vulnerable. This breach stretched on for nearly a month, costing around $2 million in damages. Even as Sony worked to mitigate the problem, hackers continued accessing account information.

Playstation users experienced several days of downtime. The Playstation breach of 2011 teaches us that cyber attacks have negative effects on product launches.

A data breach at Citigroup exposed the information of more than 200,000 banking customers. Despite being the third largest asset bank in 2011, Citigroup fell prey to relatively simple tactics. Hackers initially used the website as an access portal. They mimicked cardholders as they maneuvered through the system, remaining undetected for months.

Once Citigroup became aware of the system breach, the hackers had already sold card numbers, names, and contact information. Citigroup was slow to notify the affected account holders, further injuring its public image.

Citigroup’s misfortune provides an example to all business owners. Cyber security solutions in Chicago provide imperative protection and detection for your business. In the event you do experience a security breach, prompt detection and response can improve your image later on. Don’t wait to react to any suspicious activity that occurs within your business network.

Sometimes, cybercriminals attack retail stores. This occurred at Target in 2013 when the retailer’s point-of-sale (POS) system fell prey to malware. Malware is a type of software that hackers use to damage targeted computer systems and gain access to private information.

Target’s misfortune occurred during the holiday season, a peak shopping time for many Americans. Ukrainian cybercriminals harvested customer information before selling it on digital black markets for profit. Some of the stolen information provided complete access to the cardholder’s bank accounts.

This breach jeopardized millions of unsuspecting Americans’ financial stability and proved that exclusively internal systems can have vulnerabilities that allow hackers to take advantage.

In the late 2000s and early 2010s, you probably recognized Yahoo! as a go-to service for email, internet searches, and news. But from 2013 to 2014, Yahoo! ’s reputation took a turn for the worst. A couple of different breaches compromised the accounts of 500 million Yahoo! users.

All credentials, including email addresses, names, passwords, and security questions, fell prey to the cybercriminals responsible for one of the breaches. All breaches in total affected 3 billion users. Thus, Yahoo! unwittingly became a host for one of the largest bases of attacked users in history.

To add insult to injury, Yahoo! kept these issues away from the public eye until 2016. The company paid a $35 million fine for failure to report. Over 40 class-action lawsuits ensued. Yahoo! incurred damages totaling $350 million for its failures.

In 2014, Home Depot experienced cyber struggles similar to Target’s 2013 woes. This time, hackers disguised themselves as vendors to access Home Depot’s POS system. This jeopardized the information of 50 million cardholders.

Home Depot would not share liability. However, the home improvement chain did apply new measures to improve data security. You can avoid situations like this with cyber security solutions for your Chicago business. An employee’s information can become vulnerable at any time, so invest in preventative cyber security protection from a trusted managed service provider.

You would think that the credit reporting giant Experian would have an impenetrable data security system. As one of America’s biggest credit unions, it stores sensitive data for millions of Americans. However, a cyber disaster struck in 2015, damaging Experian’s image.

This debacle surfaced publicly in 2015, exposing 15 million users’ data and a plethora of sensitive information.

When you partner with other companies, always double-check your contracts to see what they do with any information. Experian could have avoided this breach with strict policies about data usage.

Snapchat is a relatively small social media app. You choose a username and post photos, which disappear after 24 hours. Unless you tell someone your Snapchat handle, no one should be able to connect it to you.

However, hackers proved that Snapchat lacks anonymity in 2015. The cybercriminals gathered phone numbers, locations, and usernames of 4.6 million Snapchat accounts.

Before releasing this information, the hackers addressed Snapchat. They revealed this weakness to the app and demanded that they fix the issue. When Snapchat refused, the hackers released the data as retaliation.

Thus, Snapchat received forewarning about this cyber security weakness. The company had every chance to fix it. By not addressing it, Snapchat played a part in its users’ vulnerability.

Perhaps you’ve never heard of Ashley Madison. While it works similarly to dating sites, its target audience includes people interested in having affairs outside of their relationships. So you can understand why users would want their information secure at all costs.

The ride-share service Uber made a massive fumble in 2017 when hackers breached its servers. Hackers accessed around 50 million email and home addresses and phone numbers belonging to unwitting users. The hackers also stole information belonging to 7 million drivers.

In an attempt to keep the scandal away from the public, Uber paid the hackers $100,000. However, the coverup would not last. Eventually, the general public found out and became rightfully outraged. The US Senate drafted a bill that could imprison CEOs who attempt to hide data breaches.

The moral of the story? Investing in cyber security isn’t just the right thing to do to protect user and employee data; the law requires it in some cases.

You might not associate ancestry sites with severe data breaches. However, MyHeritage’s genealogy service suffered a breach wherein a hacker targeted an archive holding information about 92 million accounts.

While any cyber attack carries serious consequences, the targeted archive only stored emails and passwords. Therefore, the users’ payment information remained safe. The hacker’s intentions and connections to the site remain unclear to this day.

In 2018, Facebook’s troubles began hitting the public eye. Federal agencies began investigating the site for the way it allowed third parties to access user data. A string of breaches followed, affecting between 50 and 80 million users. These incidents helped cultivate a growing distrust of Facebook and how it uses user data.

Why Cyber Security Is Important The Cloud Computing Guide: How to Boost Your Business Today 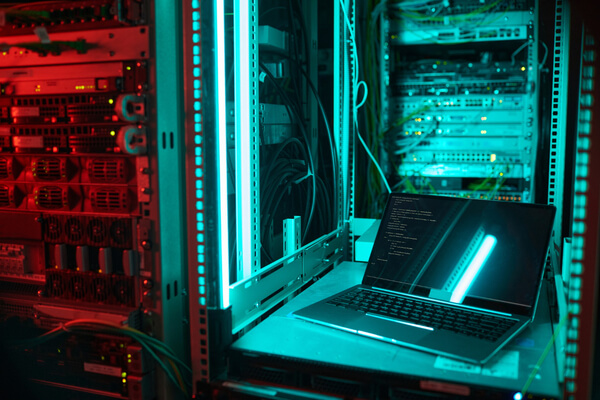 Types of IT Maintenance Systems